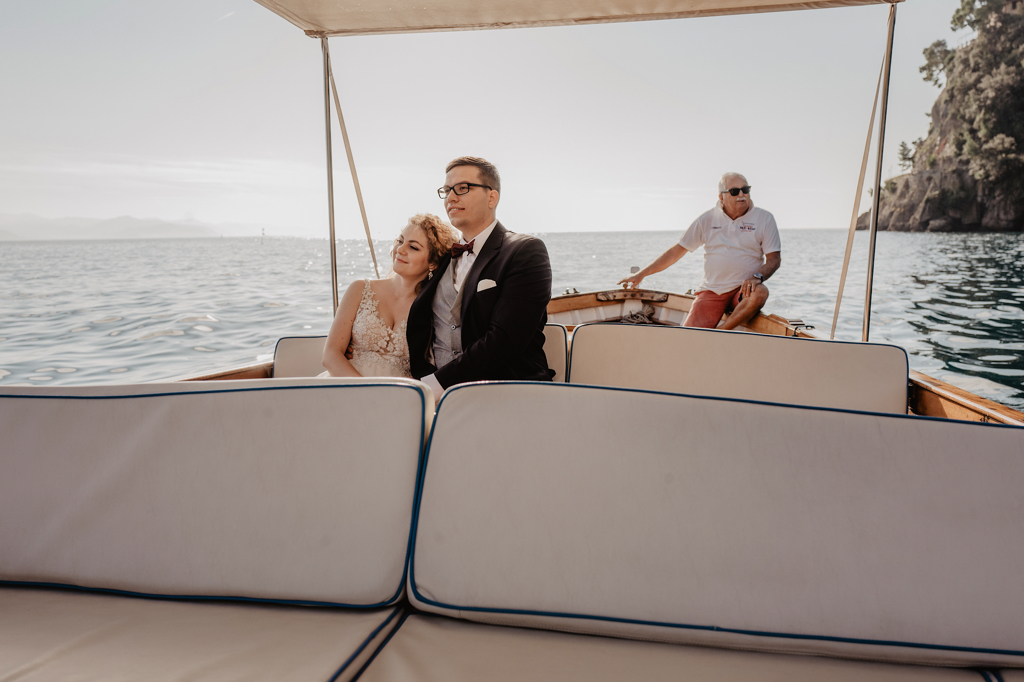 What an amazing trip it was. The adventure started in Tarnów our home when in Poland. See there’s a bit of planning when it comes to doing destination wedding shoots. Often we have to rely on airline schedules and weather. The second one is totally out of our hands but we do with what we get. So to help us out we often rely on my pilot background of knowing how to read the weather and well the seasonal changes in the area. Unfortunately sometimes you book a ticket ahead and learn a few days before that the weather will turn bad. So you have to make do.

It was a multiple leg trip. First a train ride to Warsaw where I met up with Ewa and Radek. From there an early morning flight to Bergamo in Italy. Once there the real adventure started with a car rental and a 4 hour drive to Portofino. Well unfortunately the weather turned for the worst as we neared the sea. The temperature dropped and the skies opened up. No worries we knew that it was going to be like that just that day.

Once we got to the hotel, settled down and unpacked, we headed down to the port. It was already night time and just raining hard. Armed my Leica Q a camera that just doesn’t leave my side. We started to checkout the area and get a few shots in. Doing the research before hand is great but sometimes when you get to the destination things change. We followed up with an amazing dinner and headed back to the hotel.

5:00 am WAKE!!!! Yep it’s not a vacation:) we are here to shoot. So we wake up early to get dressed, makeup, hair and get everything ready so that we can make it to our location before sunrise. And what a sunrise it was. Right over the church. It was beautiful but it doesn’t last long. So it’s a matter of working really fast. Now the early start was also due to that fact that Portofino is very touristy and just as we were finishing near the church 3 cruise ships started to come into the port. So time for a bit of a change and we headed out to sea on a small boat from the 1940s.

The shoot in Portofino was now coming to an end so it was time to change locations. From Portofino we drove through Italy to France to a town called Menton. Just east of Monaco. We were going to stay there the night and again an early wake up to head into Monaco. Lucky Monaco isn’t that big and I was lucky enough to have already been there so I knew my way around.

We started off our day with a shoot in the wedding dress on a cliff still in France which overlooks Monaco. After that a drive down and headed for the old part of Monaco. The Cathedral, gardens and later with a change of clothes and down to the city for a relax shoot and a bit of sightseeing.