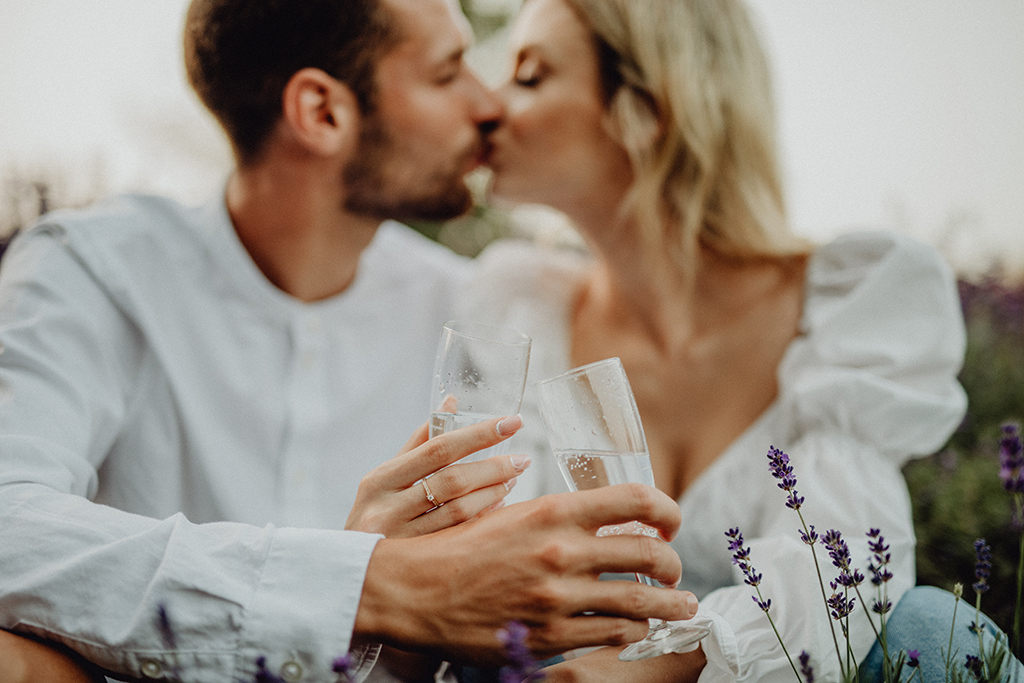 I can’t believe how fast times goes by. It almost doesn’t seem too long ago that I was into shooting with models and that is where this story begins. I remember that day when I was searching a known modelling site here in Poland for models that I could photograph. There I found this one girl who just had such an amazing look and well I wrote her a message. After a bit of a wait before I got an answer back but I got it and we met up to shoot. I guess that is where we started cause we shot together many times after and Paulina, Kasia and I became friends. So when Paulina messaged me that Hubert asked her to marry him I was thrilled. They make a wonderful couple and it’s such an honour that I will be able to be with them that day.

But now let’s go to their engagement shoot which was in a lavender field.