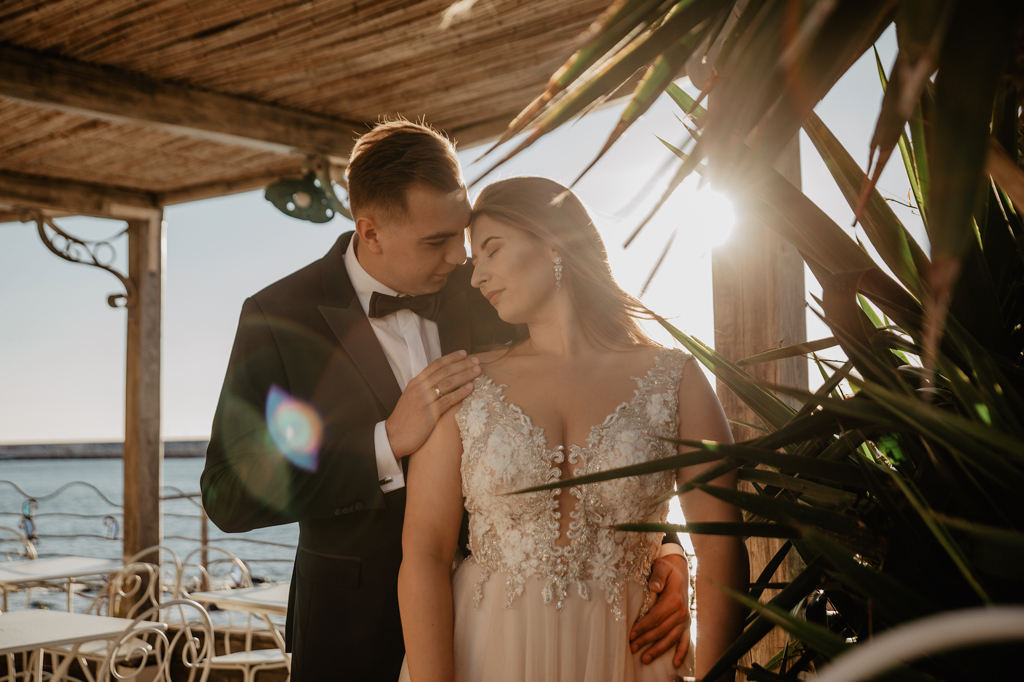 Adventure! I think this is the best word that describes my time with Klaudia and Sebastian. It was fun from the first day we met in Krakow at the bridal show as Klaudia booked us from under the nose of another couple which got somewhat intense. Later we met at an early morning engagement shoot in Kazimierz the old Jewish sector of Krakow and a few months later it was that time. Time to tie the knot.

Out came the emotions! Yep this is the moment that I love most. It’s when the real feelings come out and the stress of the wedding day goes away. That emotion was brought on by two simple letters. Letters that they wrote to each other.

Now that the letters relaxed them, and their friends helped out even more with a bit of whiskey and champagne:) It was now time to head to the church.

The ceremony took place in the church right beside the hotel and the first look was going to be at the church. It was a really beautiful ceremony. With a violins playing as the Klaudia walked down the aisle.

After the ceremony we headed back to the hotel where the party really started. It was a night of dancing, laughter and a lot of fun.