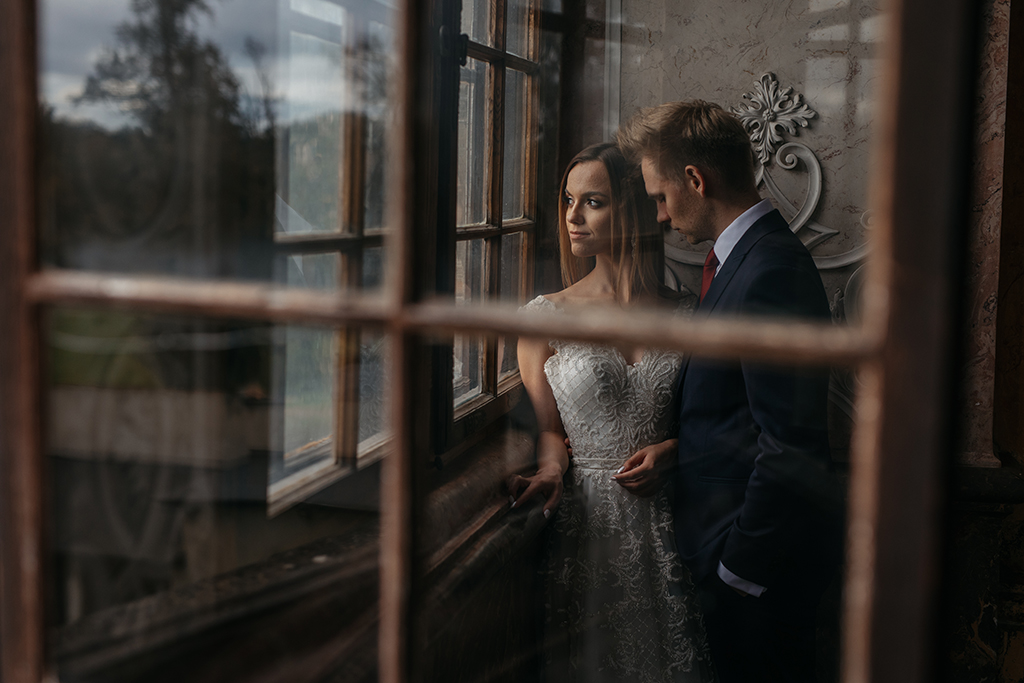 One of the biggest honours I get as a photographer is when another photographer asks you to shoot their wedding. Why? Well it’s pretty simple. It’s mainly the feeling you get that another person in your line of work likes what you do so much that they want you to capture their day. The other thing is that they also know what to expect and most of all they relax and just let the day flow.

That is exactly what happened here. From Dominik’s prep in a hotel to Klaudia’s home prep with close friends and family. Another cool thing that isn’t as popular in this area was the car that took them to their wedding. See often we deal with modern cars but here, it was a nice classic 1980s limo. It’s funny that I say classic since I remember these driving in Canada when I was a kid.

As with other inspirations that I really liked was their first look. It was at the church which from most Westerners it’s normal but in Poland it’s again not as common and it is something that we did at our wedding too.

Now let’s head to the party and it was at one of my favourite venues near Tarnów. As you may have read in the post that I wrote for Pati and Krzysiek’s wedding. Imperial Weddings is amazing. Just a simple white tent but it’s location is great. Right in front of an old palace. Ok the old palace is in need of a renovation but I think that gives it it’s character.

The original plan to do their wedding shoot was abroad. But with the restrictions happening it was hard to plan it out. Places like Slovakia, Croatia, Lake Como, Garda and Cyprus were all an option but again covid kind of made things difficult. Luckily Poland is such a beautiful place that we found something just right.

And one last thing. It was a wedding that turned into and engagement party as the veil toss was setup:)